This morning, the boys and I headed across town to Discovery Park for a long walk.  We like sneaking to the beach using a quiet shortcut very steeply down the bluff in the woods. When Adam was little I told him we had to be quiet as possible so the Magic Dancing Fairies wouldn’t hear us otherwise they’d play their flutes and we’d be forced to dance against our will, I’d lifted that little gem from one of beloved Arnold Lobel’s quite possibly most idiotic children’s stories. At any rate, as of last year neither one of the boys believes in the Magic Dancing Fairies. Now they’re just incredulous that I took advantage of their naivety with such a stupid yarn.

The minus tide was incredible, we haven’t walked so far out into the Sound for a couple years. Later on, Oliver Fern thought it was delightfully trippy that our GPS track showed us underwater and I would have to agree. The low tide mark was so out there that standing at water’s edge using Oliver’s binoculars I could see beachcombers on the eastern shore of Bainbridge Island! Both of the boys wore their swimsuits, they crawled about all fours in sandy tidepools, trying to catch crabs. Oliver found a dead fish that he wanted to take home and give a proper burial in the backyard but I told him no. We ended up baked like chocolate chip cookies. Back at the house, none of us was sunburnt or sunburned but the life essence had been positively desiccated out of us.  Each of the boys had just enough energy to sit in front of a fan, only to read. Sweat was pouring out of me so that I figured it was a good time for my chores, there’s nothing to beat a heat wave like going on a scavenger hunt for your kids’ hidden dirty underwear. 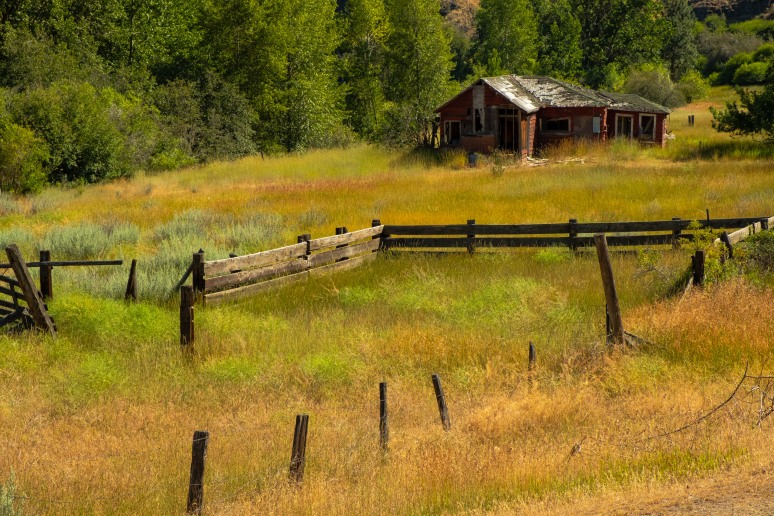 Adam has recently read H.G. Wells’ Time Machine and Twain’s A Connecticut Yankee in King Arthur’s Court and I think mostly as an excuse to read another Stephen King book he asked to put King’s 11/22/63 on his e-reader so he could continue the time travel theme (that works fine for me). Oliver Fern reread one of the Mrs. Piggle Wiggle books. I’m a quarter of the way through Elizabeth Strout’s Olive Kittredge, it made me really cry this morning.

On Saturday, all four of us put our bikes on the back of the car and headed east of the crest for a hot-as-Hades but quiet bike ride, that’s where this frame comes from. Normal people don’t go bike riding this time of year where we went but these aren’t normal times. It’s starting to get crispy in Kittitas Valley, at least the parts of it that aren’t irrigated for timothy hay and whatnot. I had to explain to the boys how beautiful the balsamroot would’ve been inside the canyon just a month and a half ago, they could hardly believe there used to be yellow flowers attached to the crunchy leaves which dotted the hillside below us. The sage was unbelievably fragrant (and probably why I’m still sneezy). Willows whapped us on the arms as we whooshed into the shade of towering basalt cliffs.  Turkey vultures soared in the sky above us, ravenous at the pasty white Seattleites, below. One of the vultures flew off for A-1 Steak Sauce. I’m a little disappointed for not trying harder to capture this abandoned homestead. It was late enough in the afternoon that some of the beautiful color of the steppe came out.  Probably I was just too hot to care about pretty things, anymore.

We listened more to Lower Dens on the way home, the band (Jana Hunter, really) is a recent find for me. Their debut album is hands-down my favorite of their work but the newest record is cool, leaning more heavily on the synth-pop side of the spectrum. Jana Hunter recently transitioned to he/him. It really overwhelmed me with emotion reading about how he experienced terrible anxiety about the potential changes in his voice (a marvelous, honeyed thing) as a result of testosterone therapy and what the reception might be from devoted listeners of the band.