Last weekend this was the scene as the ferry swayed gently from Colman Dock and it was at odds with the churning, boiling aquafoam under the pier as the bulky Wenatchee built up a head of steam. Cold pea soup chilled our neighborhood (several hills yonder) yet the thickest fog had lifted from the waterfront for some time so we took the boys north up sunnier Hood Canal for a mandatory stop at Sluy’s Bakery (the Viking Cups are a favorite of mine but behinds get bigger with each bite) and nonchalant explorations. We took the ferry out of Kingston in the evening, homeward. Adam hunkered down in the backseat of the warm car at the terminal to finish a stubborn batch of homework (he and his mom raided the bakery box so it wasn’t all bad). While this was going on, Oliver Fern and I got out for a fresh air walk and monitored the incoming ferry as it made the short crossing over the Sound from Edmonds, Cascades alpenglow served as a magnificent backdrop. We were serenaded by an impossibly limp cover of Folsom Prison Blues among other droopy classics and I fantasized about doing something with the busker’s guitar involving saltwater immersion. At any rate, we got such a nice spot on the boat (front sidedeck and halfway down the ramp to the bow, with a view out the front of the ferry) none of us got out of the car. We were tired, lazy bums after being out in the cold. Our supply of goodies from the bakery dwindled further.

Part of me disliked cutting off the tops of the towering container cranes in the distance, I hoped shooting wide open would let me have my cake and eat it but they loom so large. At the same time, I was vexed by this cormorant: She was herkily-jerkily grooming (a bad case of brine fleas?) and I needed to shoot quick as possible or all my pictures were going to be of her head tucked down uninteresting. On top of that, the darn boat was pushing off and I wanted to capture her and the industrial chain while both were slotted against silvery water. If you look close you can barely make out mist in the air under the cranes and another cormorant drying its wings. I’ve always enjoyed this view from the ferry terminal, Seattle’s port may not be as impressive as some of the giants around the world but there’s something spectacular to me about the way its cranes are tucked in the Sound between mountain ranges and hills. The platform the cormorant is perched on, along with the barge-like concrete just beyond, is basically a floating bumper that separates the two ferry slips and presumably aids the boats as they taxi into position at the terminal. Nearly ten million passengers load and unload at Colman Dock each year.

In other news, Adam overtook me in Scrabble on Sunday morning with a twenty-four point word and never looked back. We were listening to the Seahawks on the radio in the background- a little too loud because the volume dial is broken on my analog junker- so the broadcaster just about blew holes in my eardrums with his frantic screaming at the flubbed Vikings field goal at the end of the game. A little later, Adam soundly defeated his mom in a chess match. It was an exhausting, competitive morning for a Sunday and to top it off I sprained my back writhing with joy on the dining-room floor at the errant kick. Oliver Fern may not have known what was going on but he’s game for this sort of excitement and his spasmodic gyrations culminated in a body-slam onto me. I don’t care that much about the Seahawks. I may have been letting off steam after getting my behind kicked at Scrabble. At any rate, every night I try to squeeze in a page from the Children’s Book of Chess.  I have to get into the game pretty soon. At the moment I’m just an idiot bystander- advance strategizing is not my forte.

Later that afternoon on a whim, we took the boys across Lake Washington to Saint Edwards State Park. This is a large park with very enjoyable forest walking. Our favorite path was the Grotto Trail, which drops suddenly and very steeply down into a deliciously dark ravine of Western Sword Fern. A couple times I thought we’d lose Oliver Fern to the depths, he walks a little klutzy in his rubber boots. The Grotto Trail eventually arrives at that extreme rarity of rarities: Actual undeveloped shoreline along Lake Washington. Shortly thereafter, Oliver Fern took onlookers by surprise when he dropped his drawers with glee and marked his territory into the small group of children and adults huddled inside the famous big hollow tree. We summoned Adam from his quiet meditations on the bony Big Leaf Maple that stretches pier-like out into the lake- and the four of us fled in shame upland via the Seminary Trail. At dusk we made our way across the bridge back into the city but not before stopping at Burgermaster for milkshakes. 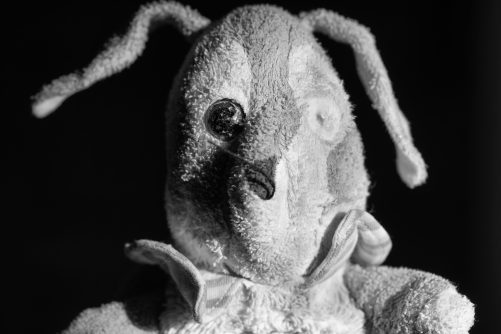 I went up to Oliver Fern’s room for the final time tonight. He was in big, big trouble for too many times out of bed. Man alive, he has been a real scoundrel. But in this instance, one of dirty Bunny’s eyes fell out and the hardness went out of me when I beheld Oliver’s crestfallen face. I found the eye in the rumpled haystack of blankets and put the glass bead up high on the dresser for Bossk, the Trandoshan bounty hunter who makes a brief appearance on Darth Vader’s Star Destroyer in The Empire Strikes Back (in case you’re wondering, Bossk has been on loan from big brother), to guard overnight so that Oliver could finally go to sleep.

Postscript: I wrote this a week and a half ago, I believe it has been. When I started out, the bird picture was going to be the main thing, perhaps accompanied by an armchair sociological critique of various ferry passenger archetypes which I find alternately humorous and infuriating. As I continued to write, however, the bird picture grew to seem less and less noteworthy to me, to the point of resignation. Becoming drowsy and tired, I headed to bed and thereafter was wracked by a bad case of insomnia due to the weight of the world (and the usual variety of personal failures and disappointments) pressing down upon me. At the breakfast table the next morning Oliver Fern admitted he’d inadvertently gnawed Bunny’s eye off due to frustration with my attempts at positive discipline (with a dash of threatening authoritarianism mixed in). So although Bunny has already been through heck, after all you too would feel worse-for-wear if you were improperly washed in hot water and sent through the spin cycle about a hundred times in two years, the eye problem was not a complete accident. I’m disclosing the bunny thing in entirety because I don’t want to make it seem like I’m trying to be sneaky and counterbalance or sugarcoat Oliver’s image problem at Saint Edwards State Park.

At any rate, that night of terrible insomnia disrupted my bearings for the rest of the week and everyday matters took on a further surreal hue with serious going-ons in Lake Michigan Country the explanation of which would strain this writing. And then this weekend, additional important lesser things were afoot which required the boys and I to get lost and we took another ferry across the pond. This time it was the winding sail through Rich Passage to the thoroughly evergreen town of Bremerton where we paid a surprise visit to a cozy, cigarette-smoky 1918 bungalow (just down the street from the ferry terminal) on Burwell and it was a distinctly pleasant refuge from the pouring rain outside but for Oliver Fern’s uppity golden boy testiness with the tendencies of the easygoing, playful All-American puppy of the house whereupon we found ourselves out in the soggy yard and the boys nearly broke the rickety lawn swing and terrorized a poor cat in the process (minding its own business but Adam sent the poor thing rocketing through the cat door into the driveway around the truck and under the shed). The boys were soaking-wet after this goosiness but really it was after Adam offered to fit himself through the cat door for entertainment purposes that a goodbye summons was issued by the Manners Authority. Adam and Oliver Fern stripped to their skivvies and ate brownies in the backseat as we threaded Bremerton back roads and then north for a tour of car accidents on Highway 3 and reconnaissance scouting of Bainbridge Island’s perimeter topography (Oliver Fern and I shall tackle the Chilly Hilly next month). We caught the 4:35 boat back to Seattle. Once again, we snagged a sublime position, this time with southerly views in the outside lane of the side deck. I sat in the back seat so Oliver Fern could pretend to drive while Adam took immense pride turning the key in the ignition every so often to run the blower (fogged up windows).

The day before yesterday up north in the uniquely Whulgish footings of the Cascades it could be said that Oliver Fern received a comeuppance of sorts when he fell waist-deep into a cold, very tannin creek while building a baby beaver dam with big brother. He was fished out, stripped to the bone and daubed dry in the January breeze though still not as chastened as one might imagine, he’s very resilient and it was more like a further awakening of his senses. We watched in awe as an enormous heron with wings like trench coats ponderously flapped to the other side of the beaver marsh from us. Then for fun I chased the boys down the trail with some fresh horseshit on the end of a long stick.